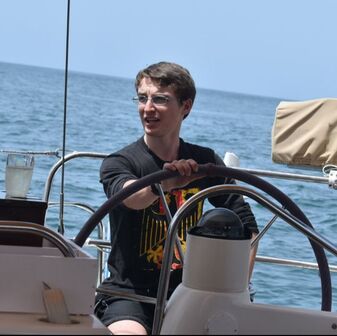 I originally went into the Navigare year expecting to practice my Spanish, learn about Spanish culture and history first-hand, and discern the priesthood. One of the first things I learned was how little Spanish I still remembered, but the daily practice of using Spanish helped me reach at least a proficient fluency level to understand most of our university classes.

Then there were the locations we went to throughout the year: Villaescusa, Valencia, Southern Spain, Toledo, and La Pena de Francia (to name a few). Each introduced new time periods of Spain’s rich culture, with the Reconquista and churches older than the United States! Spain’s history surprised me with its dramatic battles and the fight to reclaim the Spanish Peninsula from Islam, as well as the Spanish Civil war and the legendary Franco.  I thought the US had some incredible history, but Spain’s got a lot more years of drama behind it.

Next, the priesthood. While I would not be opposed to God calling me to the priesthood in the future, this year helped me discern that college is God’s will for the next step in my life. Living life with the brothers and priests really helped me consider why God’s will is what’s best for me. I could see the joy they received by following God’s plan for them in priesthood, and I want that same joy.

In conclusion, I did experience all of the things I expected to do during this year, but on top of that I received so much more. I feel I have a role to play in life now that only I can; I want to increase my prayer life at home to allow God to help me in the next step of college, and I recognize that even though the world is a bit bigger than I thought God loves me and each one of us on it, more than we know. Navigare was more than I expected.